Choose your level of protection

MTM Sun Control Window Film Neutral Series is available in a variety of tint levels to meet your needs.

The FX Premium Series is available in a variety of tint levels to meet your needs.

Visible Light Transmitted
The percentage of visible light that passes directly through filmed glass: the higher the number, the lighter the film.

UV Rejection
The percentage of harmful ultraviolet light that is rejected by filmed glass. Ultraviolet light contributes to sunburn and other harmful skin conditions and to the fading and deterioration of fabrics and leather.

Glare Reduction
The percentage by which visible light is reduced by the addition of film.

There are thousands of window film dealers in the country, but only a select few have been chosen to be part of the 3M network.

3MTM Authorized Dealer Installers are available to help you select the right window film for your vehicle. Whether you want to reduce heat and glare or increase privacy and security, there’s a 3MTM Window Film to meet your needs.

Improving comfort, protecting vehicle interiors and blocking UV rays are hallmarks of 3MTM Automotive Window Films. 3M was issued the first sun control window film patent in 1966, and our innovative window film products have helped provide protection from the sun’s harmful rays for 50 years. Put the innovation of 3M to work for you.

The FX Premium Series is backed by a limited lifetime warranty, one of the most comprehensive warranties you can get. Sold and installed by professional 3MTM Authorized Dealer Installers, our films are durable, designed to last and virtually maintenance free. 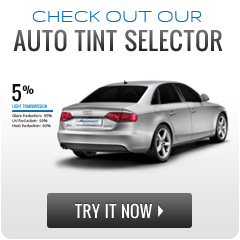 Subscribe to receive special offers from Midnight Window Tinting right in your inbox. It’s FREE, easy, and you can always unsubscribe at any time.